SFML is an excellent library that can be used to create 2D games in C++. It’s an abstraction over OpenGL and various system APIs, presenting a consistent and nice interface.

Ruben’s Virtual World Project is a game I’ve been working on for almost 4 years now. Recently I rewrote the rendering code to support voxel lighting and multiple z-level - heights of the map.

Youtube Music is a great way to listen for music for free, and with no adverts if you use an adblocker. There is one annoying problem however: after listening for a while, Youtube will keep pausing the music to show a dialog which says “Are you still listening?”. This article will show how to automatically confirm the dialog.

Google’s C++ testing library has a nice syntax for registering tests, without needing to remember to add the tests to some central index. This article will show how to use macros to allow the creation of tests using only the following code:

Recently I had to reinstall Windows to debug a hardware issue. I decided to try to make the most of this by trying to build my game on Windows.

Progress Renderer (Steam | GitHub) is a brilliant mod that takes a screenshot once a day, and dumps it into a folder.

I wrote a raytracer and a rasteriser as part of my university course. The raytracer supported features such as indirect lighting, reflection, refraction, and a photon mapper capable of simulating the final positions of 60,000,000 photons in a few minutes (and quite a few GBs of RAM).

I wrote a Bash script to sort git commits into buckets, to be used as the first step of making a change log. It supports rewording commit messages, can be stopped and resumed, and supports automatic filtering based on keywords

After cross-compiling your project for Windows, you find that it crashes due to missing DLLs. I will show how to identify any required DLLs using objdump, and copy them to your build directory.

During the second year of university, I created a kernel for the ARMv7 instruction set. I went above and beyond what was required on this project, achieving a clean design and features such as a blocked process queue, piping, kill, and a simple filesystem. This was my favourite coursework so far. I found it very interesting to learn about and implement the things that we take for granted as programmers.

Shara and I exhibited on behalf of Minetest at Freenode #Live 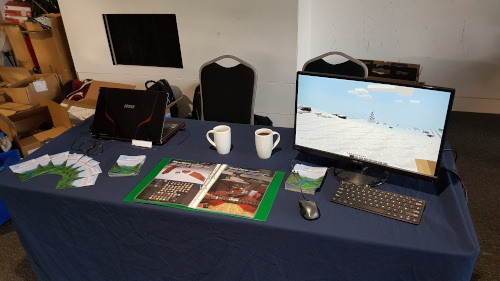 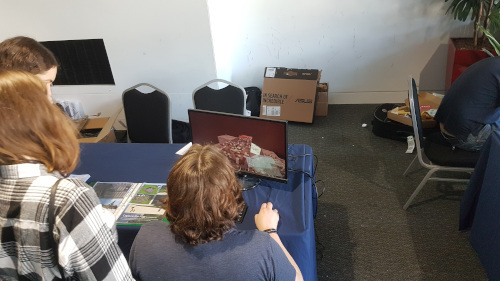 Whilst Maya claims to have Linux support, it only officially supports RedHat and CentOS Linux. It is, however, still possible to install it on Debian and Ubuntu based systems with some leg work.

For the last two years, I have been working on a very ambitious game. The game is a top-down sandbox with multiplayer support. I’m aiming towards a city-based game, where players can wander around a procedurally generated city. One of the main reasons I started creating this game is to learn about multiplayer networking at a low level - client-side prediction, server-side reconcilliation, cheat preventation, and reducing the visual effect of latency.

I had an issue where CMake was failing on a compiler test with the following error:

The problem was that CMake caches settings such as compiler flags in CMakeCache.txt, so you need to clear the cache when changing the platform. Do this by deleting CMakeFiles and CMakeCache.txt

It’s very hard to debug a crash when no stack traces are printed. It becomes a case of manually trying to find the error.

ES6 promises doesn’t seem to offer the functionality to change this, and bluebird has on[Possibly]UnhandledRejection, which can only be used if you don’t add a .catch() case to the promise. There is no global callback for a rejection unless it’s unhandled. To workaround this, we’re going to need to override the method which runs the callbacks. This is a little hacky, and relies on the library not changing - but it’s better than swallowing errors.

Next, make a file somewhere (perhaps called bluebird.js) with this as its contents:

Alternatively you could just print reason.stack if it exists, however I prefer a full crash whilst debugging. You could also make it possible for promises to declare whether they should throw errors - similar to the throw keyword in Java - and print out the stack rather than crashing in that case.

I created a very short C++ snippet to accumulate a series of Mats into a single Mat strip. It works like acc = acc + m - a new mat is added to the accumulator each time, then stored in the accumulator again.

The above allows you to use the push functions to emit particles. Here is an example of it in use:

Here is the cpp file: